Vern Glenn is the weekend sports anchor and sports reporter for CBS 5/The CW 44 Cable 12.

Before joining our stations Vern worked at KRON as a sports reporter, weekend sports anchor, and MMJ for 23 years.

At KRON, Vern was tagged with the nickname “Mr. Involvement,” for literally throwing himself into the middle of his feature stories. He has bungee-jumped, been thrown off a bull, taken blows from a professional boxer, and run a motorcycle into a wall during a race, among other memorable features. From a shoot-out with Chris Mullin to becoming a human target for the Cal football team an the 49ers, “Mr. Involvement” has created a niche in the market. John Marvel of the Contra Costa Times said, “The Mr. Involvement series is the best feature on TV.” Here is a snippet-Vern, with The Hanson Brothers, from the movie, "Slap Shot." https://www.youtube.com/watch?v=Uj4Wa4ymPRI&feature=youtube_gdata_player

Vern became part of the KNBR Radio Morning Show team in 1998, and drops in now and then as a guest.

In May 1996, Vern was an honorary torch bearer in San Francisco as part of the Olympic Torch Relay, which stormed through the country on a 15,000-mile route through 42 states from Los Angeles to Atlanta.

Vern also worked at WBAL-TV in Baltimore, Maryland, as weekend sports anchor and sports reporter, beginning in 1987. Prior, he was sports anchor and weekday reporter/photographer for WXEX-TV, now WRIC, in Richmond, Virginia, from 1985 to 1987. 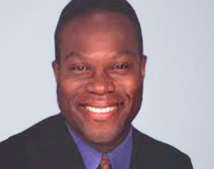 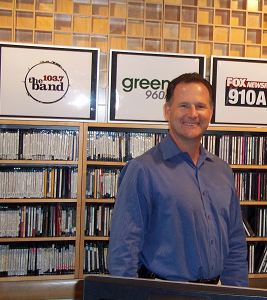 Bruce Macgowan has been working in radio and Television as a sportscaster for nearly 40 years, with most of that experience involving Bay Area pro and college teams.   ‘Big Bruce’ as he was known locally, was a talk show host, update anchor, sports reporter, and fill in play by play announcer for nearly 18 years at KNBR 680,  “The Sports Leader” from 1988 through 2006.

Macgowan, who started his career in the mid 1970s as a TV sportscaster in Eureka, California, also had a stint as a sportscaster for KPTV-12 in Portland, where he worked as a sports interview show host at KVI radio in Seattle and also spent a year in New York City as a sports anchor for United Press International Radio, which served over 1600 stations in North America.

In addition to working at KNBR, Macgowan has spent time as a sports anchor on KGO radio, worked on the pre and post games shows on LIVE 105FM and KFRC as a pre and post game host for the Oakland Raider broadcasts, did web TV for Stanford during the 2010 football season  (Jim Harbaugh’s last year before joining the 49ers), and did pre game feature interviews for Fox Sportsnet Bay Area on the Giants and A’s TV broadcasts.

Macgowan has also written regular sports columns for the Marin IJ, the San Francisco Examiner, the Ultimate Sports Guide, and the Sacramento Union.

He has covered over 4,000 pro and college sports events since 1970, and also hosts a series on on-stage conversations in Mill Valley with Bay Area sports legends at the 142 Throckmorton Theatre.

Edward Brown, the Host of Sports Econ 101, currently hosts The Best of Investing, a weekly program that discusses real estate, the financial markets, and other current economic business on KDOW 1220AM in the San Francisco Bay Area.

Previously, Edward co-hosted The Money Scorecard on KNBR 1050AM, an ESPN affiliate, discussing sports and business. In addition to publishing numerous articles in national business magazines and newspapers, Edward has made appearances on CNN on the shows, Your Money, and Ask the Expert.